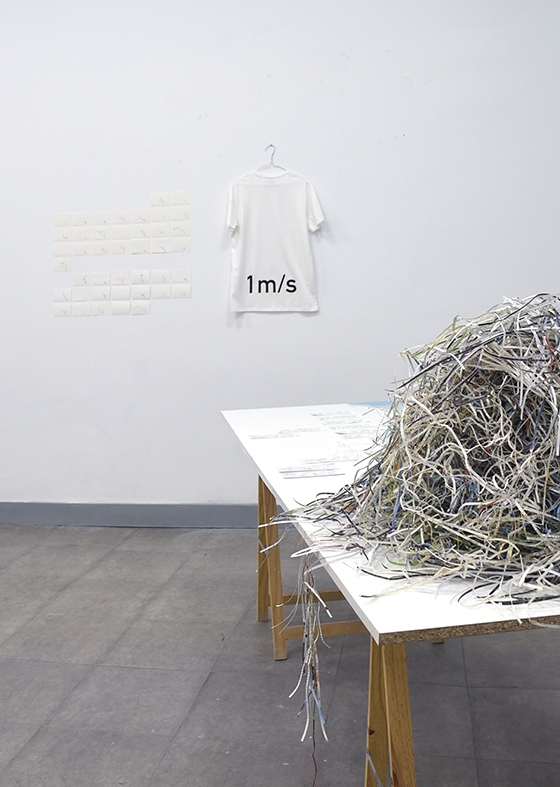 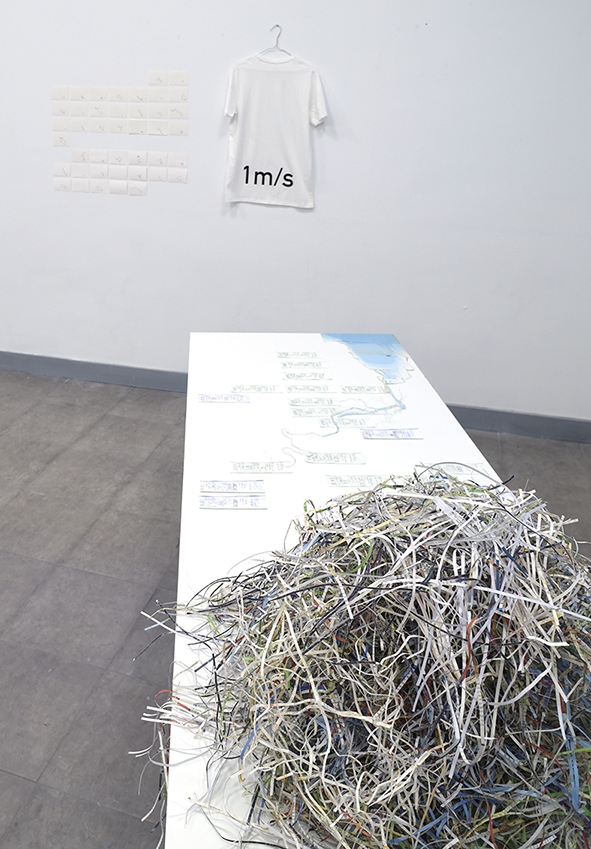 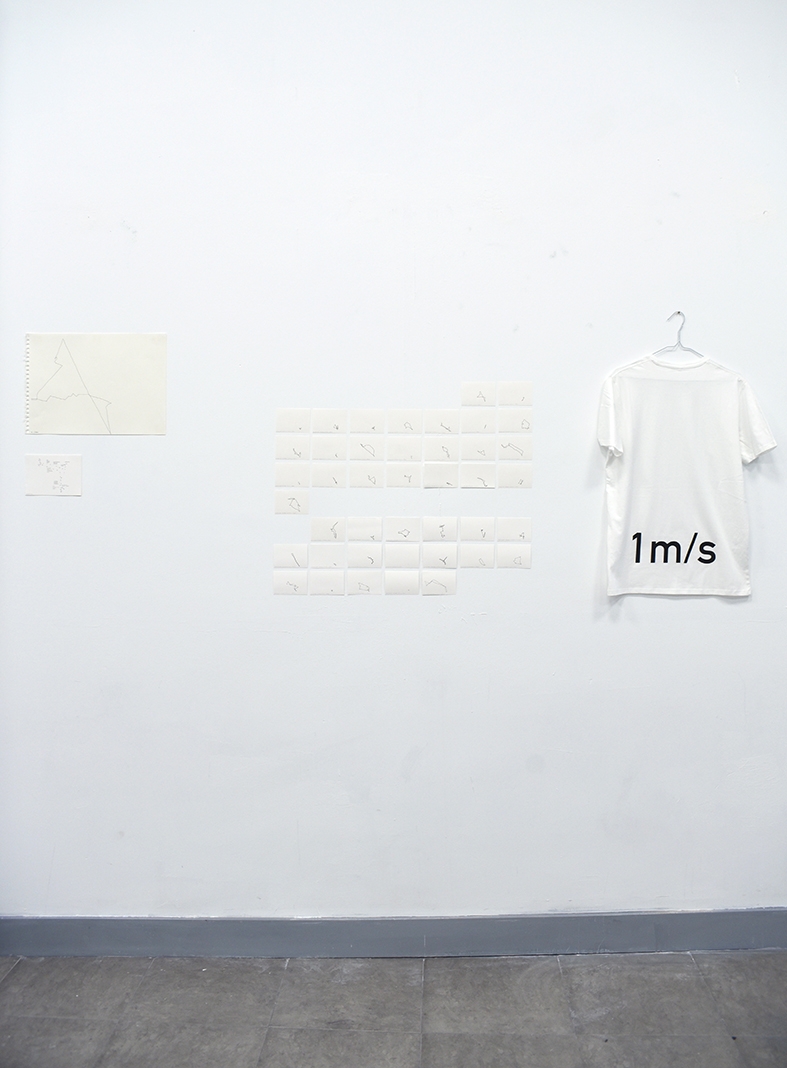 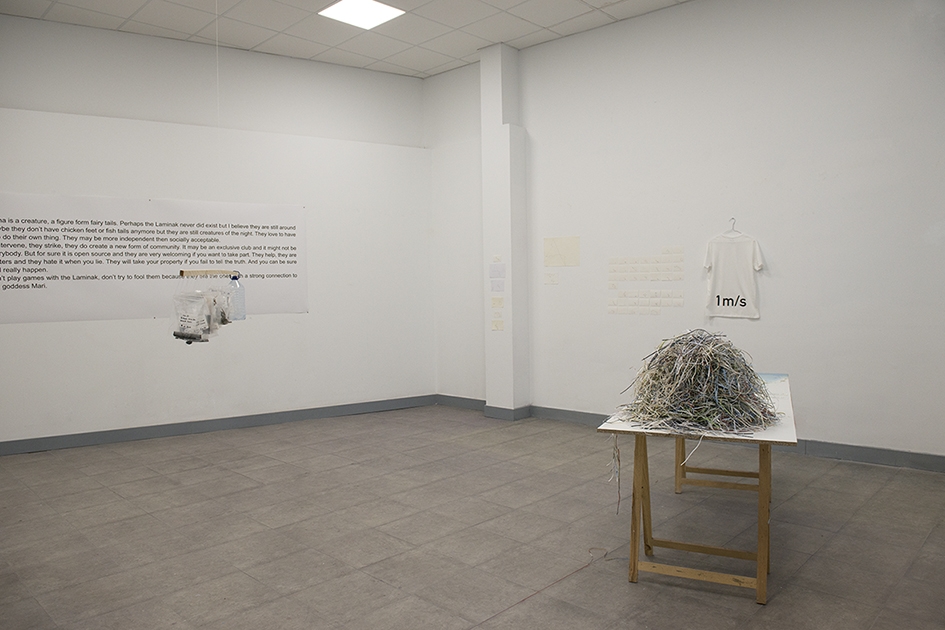 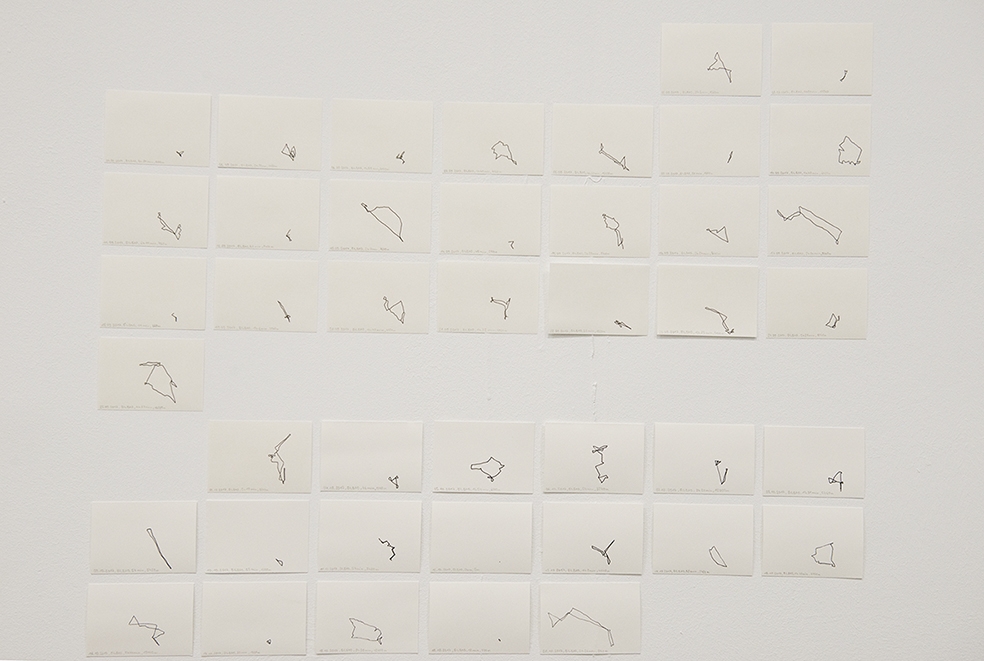 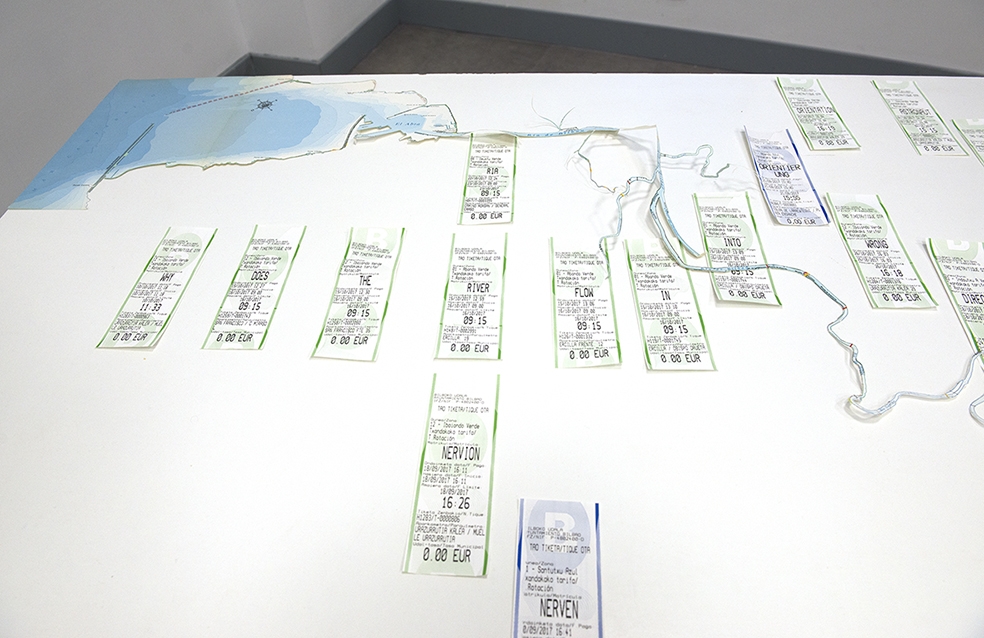 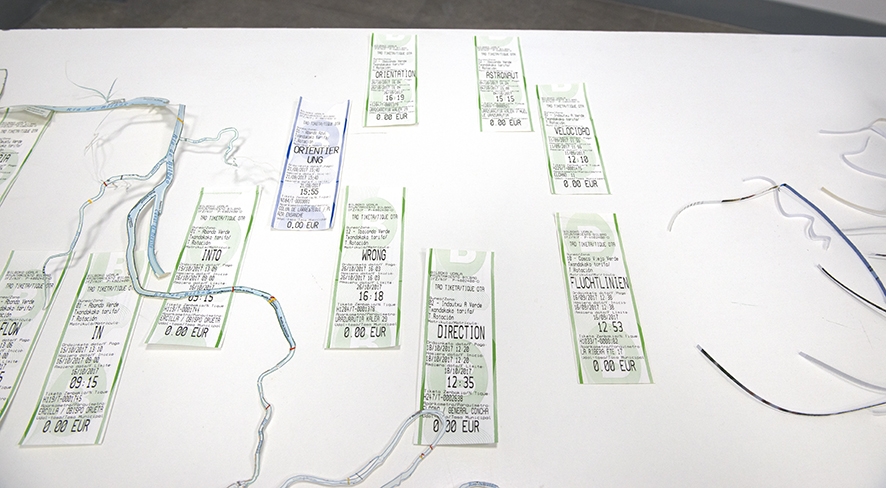 In her work, Nadine Hirschauer examines landscape models and the public space in relation to social structures. She develops site-specific interventions, installations and texts with the previous assumption, that each place consists of stories through which we construct it. Telling these stories creates new spaces.

During her stay at BilbaoArte she was researching about the development of the city Bilbao and what a structure of a city can tell about it. She started to work with maps, thinking about what functions or non-functions they have. A map of an area should give us an overview and help us to get a better orientation. The ephemeral nature of places is negated; on the contrary, a map gives the impression that the imaged state is static. For the work “1m / s” (1 meter per second) scientific methods are used such as the exact recording of time and place and the methods of mapping with the attention on the thresholds, where scientists inevitably begin to tell stories. 1 meter per second stands for the speed with which Nadine Hirschauer moves through the city. There are daily city maps of two months in Bilbao on which only the drawing of a line can be seen, the route of each day, in scale, labelled with date, place, route and time. These lines form figures and alienate the actual purpose of a map. In this work the map is also seen as a medium to communicate and the lines are like one sentence of the text of a city. While walking Hirschauer parallely wrote poems by printing every word on a parking ticket on the way through the city so that they are located and dated. In the end all the maps collected for researching were cut into pieces, mixed up and built up as a three-dimensional sculpture.